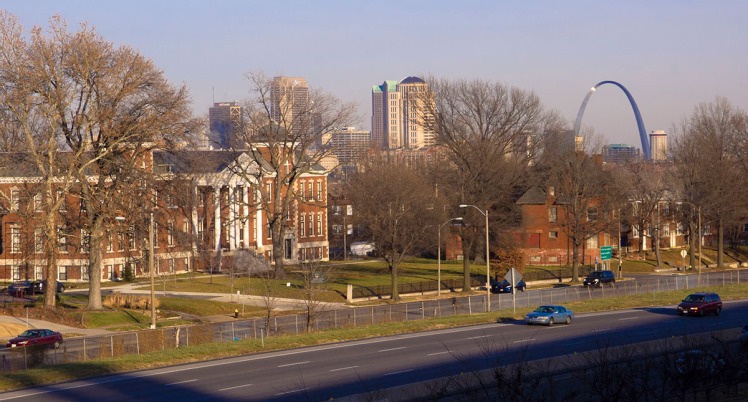 The City of St. Louis is 250 years old today… maybe. Then again, it could have been yesterday.

Our city’s French founder, Auguste Chouteau, wrote the date in his diary, but authorities have gone back and forth about whether he wrote February 14th or 15th. Nobody’s quite sure which is the right date. Yay for bad handwriting!

I’ve lived in St. Louis, Missouri my entire life. Okay, technically I’ve lived in the suburbs of St. Louis and not the city proper, but we claim St. Louis residency and culture just the same.

If you’re not from around here, then likely all you know about the city is that we have an Arch and those pesky Cardinals seem to be in the postseason all the time. Or maybe you’ve heard the statistics about crime in St. Louis which would give you a highly inaccurate impression of what it’s actually like here (St. Louis is far from the most dangerous city – the way those statistics are measured here is hugely unfair).

St. Louis isn’t the most glamorous city. It’s been in decline since the 50s although things have been improving in small ways lately.

If cities were girls, not many would ask St. Louis to the dance. She’s not popular and cosmopolitan like NYC. She’s not rich and famous like LA. And she’s not quite as pretty or exciting as Chicago. St. Louis is beautiful and attractive, but not in a way that’s super obvious or easy to describe. No, St. Louis is the girl next door of cities. She’s a lot more frugal and practical than those other cities – not the best at anything, but good at a lot of things and chronically underrated.

We’ve got a thriving craft beer scene (not, my thing, but cool all the same), plenty of awesome and unique restaurants, and places for entertainment. Between concert venues, sporting arenas, and lots of free museums including our best-kept-secret: the City Museum (which is nothing like it sounds) there’s a lot of stuff to do if you know where to look. Forest Park, the crown jewel of the St. Louis parks system, is bigger than New York City’s Central Park. And yes. We have that Arch thing which is indeed impressive especially in person.

I’m not saying St. Louis should be your next vacation destination or anything. But it’s a great city to live in and I’m proud to be a resident. Happy Birthday, STL!